The United Reformed Church is a Christian denomination with roots in the Reformation dating back to the 17th century. The church is based on its belief in respecting a person’s belief and the conviction that the majority is not always correct or right. This means that the church is based on a variety of opinions and perceptions held by its congregation and not the usual norms of the society.

Part of The United Reformed Church is a non-uniformed Christian organization called Pilots. The pilots consist of young people and children with different age brackets. However, in other denominations, there are youth groups but the well-known Pilot Company is under this world church making it a very unique thing in this denomination.

Pilots have existed since 1936 when its two founders John Williams and his wife, Mary were on a mission to preach Christianity in the South Pacific islands. Their mission was great although it was filled with danger and eventually John was murdered. John was from the London Missionary Society.

After his death, the organization mobilized young children to contribute half pennies to buy a ship in John’s memory. It was after this that a number of ships were bought and the Pilots came into existence.
There have been changes in the Pilots Company during the years in order to keep the mission relevant to the changes taking place in the world and missionary work itself. However, the main belief of this mission is to cultivate a sense of respect on each Pilot in order to nature personal growth and spiritual wellbeing.

Children and young people matter. Pilots give individuals a chance to share God’s love through inviting the young population to enjoy an ongoing life in Jesus Christ.

Who Can Join the Pilots?

Pilots are divided according to different groupings depending on their follower’s age. There is the Deckhands, who are children aged 5 to 6 years. Adventurers are 7 to 10 years of age. Voyagers are teenagers aged from 11 to 14 years and Navigators are teenagers aged from 15 to 18 years. This age groupings help in segregation of duties and missionary tasks among the Pilots. However, if one is slightly older than 18 years, one can join the Pilots in order to participate in growing a Christian community through fun and self-discovery activities.

Who Runs the Pilots?

Under The United Restoration Church, the Pilot’s headquarters are based in London, United Kingdom. However, regional offices help in serving the needs other Pilot branches located all over the country. The headquarters coordinates national activities for example Christian missions and inauguration of new Pilot companies across the country.

How Pilots Help the Local Churches 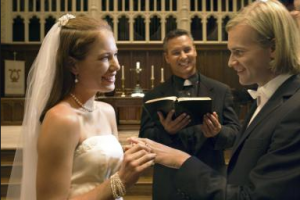 There are many different kinds of wedding ceremonies but a Christian wedding is a very specific type of ceremony that is steeped in religious tradition, as well as the faith of the individuals that are becoming married. It is one of the foremost wedding ceremony events in many parts of the world. Basically, a Christian wedding ceremony is a gathering of two individuals that decide they want to spend their lives together, all based in faith. Typically, the ceremony is held in a church and is presided over by a pastor.

There are many important aspects of this particular type of ceremony but perhaps the most important aspect of them all is that the individuals who are being married believe in the sanctity of marriage and that their marriage will be blessed, both in the eyes of God and in the eyes of the church. The meaning associated with the ceremony is that they going to spend the rest of their lives together. This is not a 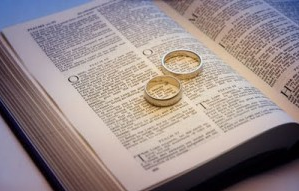 ceremony to be taken lightly, but instead one that requires a great deal of thought and consideration. Once a couple is married in a Christian wedding ceremony, there is every expectation that they will be able to make the marriage work. Therefore, it is a big step forward and the entire process must be carefully considered.

Suitable presents for a Christian wedding ceremony include presents for the home, such as small kitchen appliances, necessary household items and even monetary gifts that are designed expressly to help the new couple settle into their new home and begin their lives together. Other suitable presents you can find at uniqueweddinggifts.co.uk. It is typically not acceptable to provide individuals with gifts that are of a more frivolous nature and it is not acceptable for any of the gifts to be raunchy or morally questionable in any manner. Therefore, most people bring things like dishes, coffee makers and toasters and even furnishings for a new home. These are the things that will be required upon moving into a new house, so they fit in well with this type of ceremony. 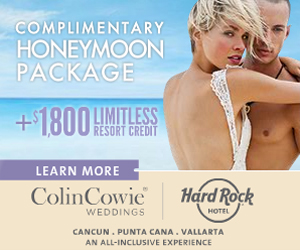